A sale that is out of this world! 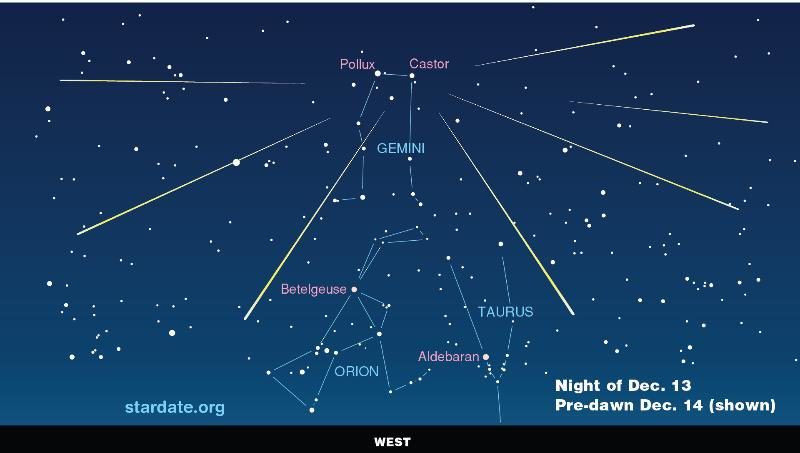 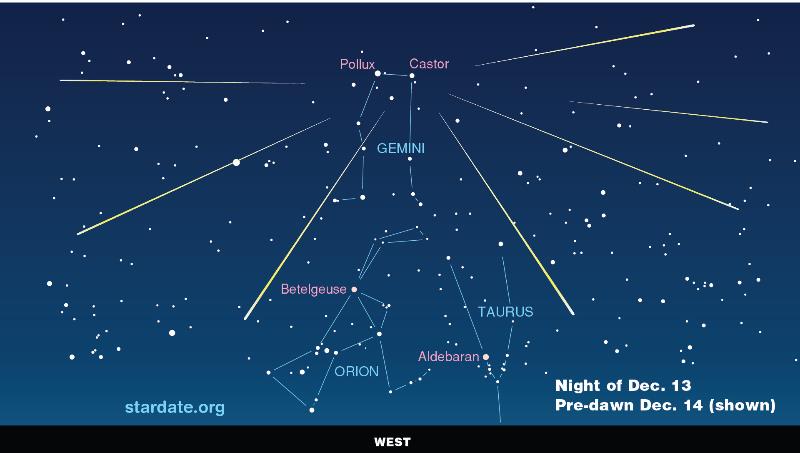 Once a year the constellation GEMINI produces a radiant that emits meteors called the Geminid Meteor Shower.
Gemini Wordsmiths thinks this is reason enough to run a sale!

For all new projects booked during the height of the meteor shower, December 13 and 14, we offer 20% off your total cost.
Manuscripts will get 25% off for a developmental edit.
Hey, those are great deals!

Here are the facts about the meteors:

The Geminids are considered by many to be the most consistent and active annual meteor shower.

The Geminids meteor shower is caused by the object 3200 Phaethon, thought to be a Palladian asteroid with a “rock comet” orbit. This would make the Geminids, together with the Quadrantids, the only major meteor showers not originating from a comet. The meteors from this shower are slow moving, can be seen in December and usually peak around the 13th – 14th of the month, with the date of highest intensity being the morning of the 14th. The shower is thought to be intensifying every year and recent showers have seen 120–160 meteors per hour under optimal conditions, generally around 02:00 to 03:00 local time. Geminids were first observed in 1862, much more recently than other showers such as the Perseids (36 AD) and Leonids (902 AD). They can appear almost anywhere in the night sky, and often appear yellowish. Well north of the equator, the radiant rises about sunset. Observers in the northern hemisphere will see higher Geminid rates as the radiant is higher in the sky. The meteors travel at medium speed in relation to other showers, at about 22 miles per second, making them fairly easy to spot.

Receive a monthly newsletter from the Gems about great writing and open submissions for Celestial Echo Press.